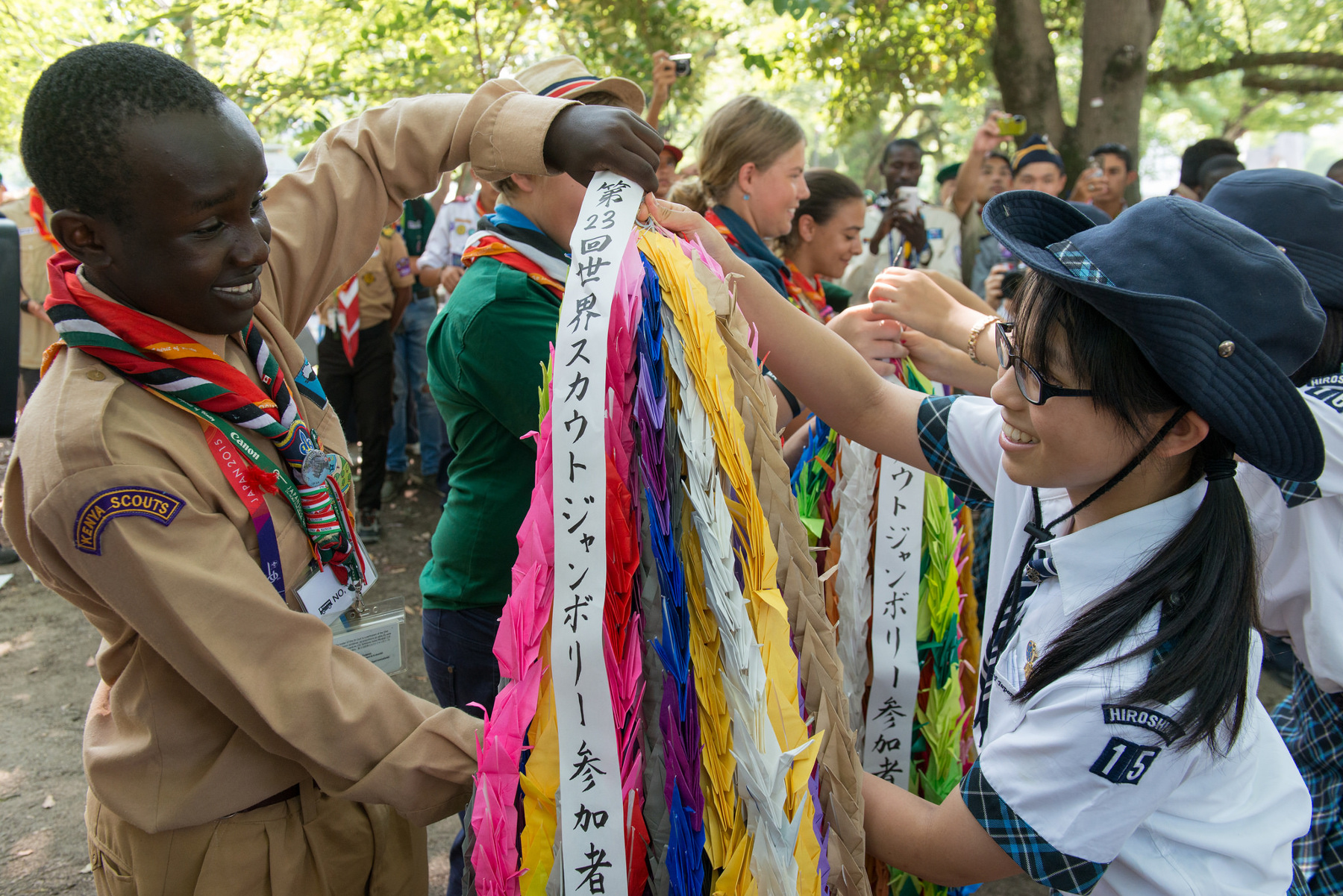 Scouting and Guiding Movements involve more than 68 million young people in 220 countries and territories. The Scouts et Guides de France are at the heart of this great worldwide fraternity. The association has made of education for world citizenship, international solidarity a priority of its educational project. It also encourages young people to go and meet others beyond their borders to become world citizens, peacemakers, and actors of international solidarity.

Scouting and Guiding : a global network

Through the Scoutisme français*, the association is member of the World Association of Girl Guides and Girl Scouts (WAGGS)  and of the World Scouting Organization of the Souts Movement (WOSM), who have a A status at the UN.

For many years, the association has been supporting mutual exchanges and solidarity actions with many other Scouting and Guiding Association all over the world.

Educate young people to meet others

Our association is a place to learn how to live together. Volunteers learn to overcome prejudices by enhancing encounters and welcoming others, whatever their nationalities or cultural background.

“The International dimension provided by Scouting is another powerful tool to build a culture of peace. Through overseas projects, Jamborees and Moots, Scouting gives every young person the opportunity to see the world from a new perspective, to explore differences, but also to discover common grounds shared with young people on the other side of the world. This is why I consider international dimension to be absolutely essential to the training environment offered by Scouting.”

Joao Armando, Chairman of the World Scouting Committee from 2014 to 2017.

At the Scouts et Guides de France, international encounters are at the hear of the educational proposal of each age section.

At the Scouts et Guides de France: International encounters for all ages

International encounters is experienced from the age of 8: Cubs and Brownies discover aspects of international cultures through several activities (international recipes and songs, exchange of letters with young people around the world…). Scouts and Guides (11-14 yo) and Ventures and Explorers (14-17 yo) meet their peers to discover and experience with them European citizenship. Rovers (17-21 yo) build international solidarity projects to act while preserving the richness of the world’s diversity.

The Scouts et Guides de France offer to volunteers and young adults to learn more about intercultural and interreligious encounters, to understand more about the impact of their acts and the importance of security. Therefore, they rely on recognized and high-quality partners such as CCFD Terre Solidaire, France Volontaires or la Délégation Catholique pour la Coopération. These partnerships contribute to enrich the trainings and the programs we provide to adults and young people. Thanks to this approch, the Scouts et Guides de France are acknowledged by the French Ministry of Foreign affairs (Ministère des Affaires Etrangères) an actor for international cooperation.

“More than ever, we need men and women able to act as partners for a world « without borders » in the name of justice, solidarity and peace. [With Scouting], through concrete and meaningful actions adapted to their possibilities, young people prepare themselves to become responsible citizens.”

Scouting educates citizens through meeting, international solidarity and community services activities. Each young person is invited to taking part in a better and fair world by putting their energy et the service of those who need it, around them and around the world.

Examples of Scouting solidarity at the international level.

When natural catastrophes occur, members of the Scouts and Guides de France often go to help the impacted populations, such as after the earthquake in 2015 with the Scouts of Nepal, or the Sri Lanka Scouts in 2016 after the floods. Likewise, via WOSM and WAGGGS, the Scouts et Guides de France are partners of the UN Sustainable Development Goals. Scouts and Guides worldwide are called to be “useful citizen of the world” and, for example, take part in building an “integral ecology”.

Each year, Rovers (17-21 yo) put themselves at the service of local communities worldwide through projects they build by themselves in collaboration with local partners. These projects include a wide range of actions: education, culture, environment, ecology… The young adults experience international solidarity after being educated to local solidarity in their previous Scouting experiences.

By training young people to these projects, by giving them responsibilities and by giving them confidence to implement their projects, the Scouts et Guides de France are recognised as important players in education for international solidarity.